In 2016, Dale Clinton began hearing about Onduo, a type 2 diabetes-management program. He wasn’t sure he wanted to get into it.

“I thought: ‘I don’t have time to mess with this,’ ” Clinton confessed. But in the back of his mind, he knew he needed to do something. “My father was diagnosed late in his life as having type 2 diabetes,” he said. “Both of my brothers and I were diagnosed after each of us turned 55. So, when I finally slowed down, I thought: ‘Here’s a great opportunity to understand it a little bit more.’ ” 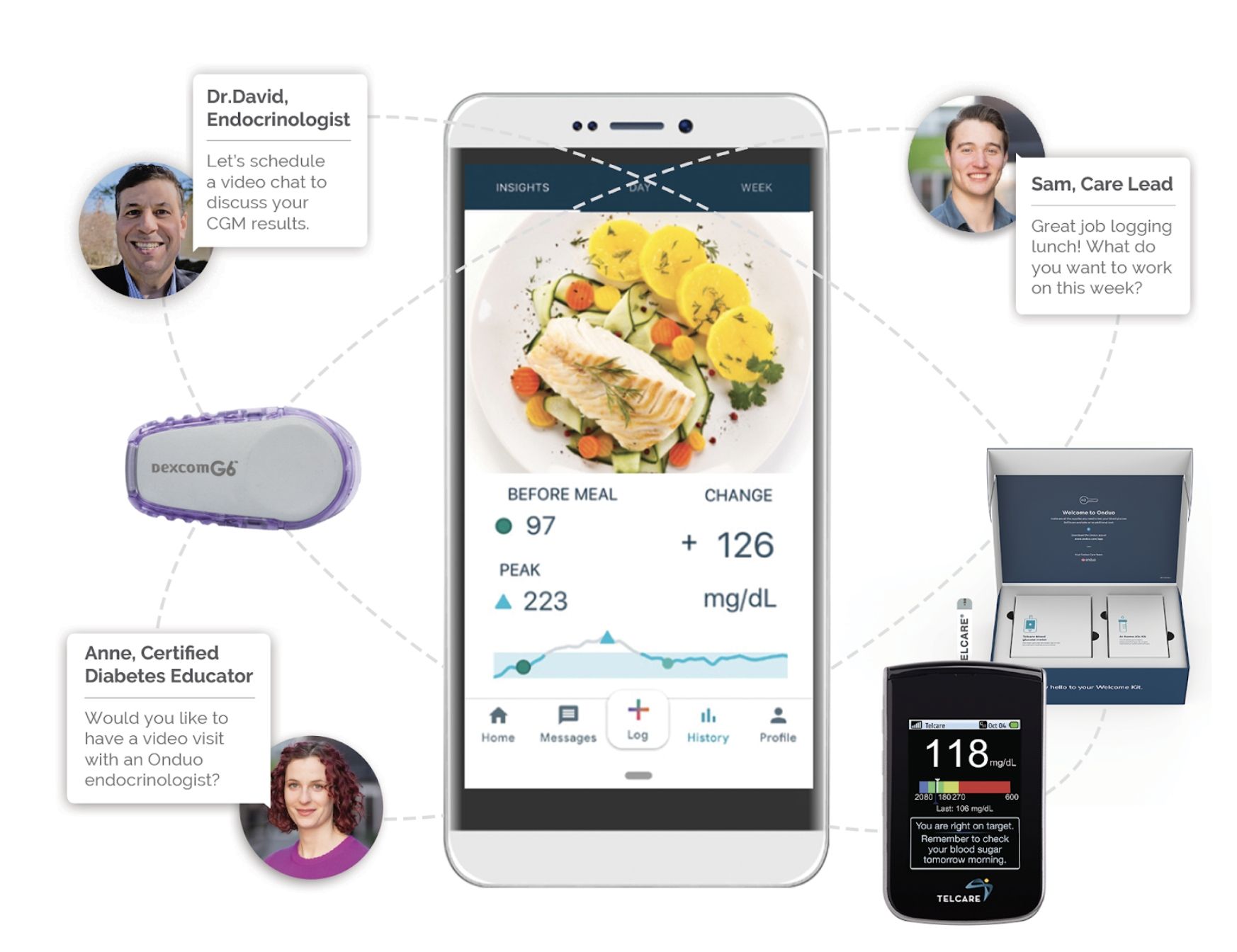 Onduo merges expert care teams, diabetes tools and the latest technology to make a diabetes management program that is accessible, customizable and supportive.

Some risk factors for type 2 diabetes include:

When Clinton began the Onduo program in 2016, he could check all those boxes. He seemed to be the perfect candidate. And he was in store for some new experiences.

“Once I was accepted into the Onduo program, the staff arranged a telemedicine appointment for me,” he said. “I’d never done anything like that.”

During the introductory virtual visit, an Onduo doctor introduced him to another first – a continuous glucose monitoring (CGM) device. A CGM is wearable and consists of a monitor, sensor and transmitter. Day and night, it reads the blood sugar levels in the fluid between the cells directly under a person’s skin.

“I was 250 pounds at the time, and my fat belly made it uncomfortable to wear,” Clinton said. “But it produced these constant readings, and I began to understand how my body would react to certain foods, exercise and stress.”

In addition to the tools and technology Onduo provides, Clinton has a whole care team of certified diabetes educators, coaches and doctors. “Anne is the care coordinator assigned to me, and she is wonderful,” he said. “She answers questions for me when there’s something I’m unsure about and feel like I need to know.”

Onduo soon discovered that Clinton’s blood sugar was very high in the early morning. That prompted a telemedicine visit with an endocrinologist, who prescribed a medicine to help Clinton’s body produce insulin and decrease his appetite. “Before that visit, I had lost about five pounds. After he prescribed the medicine, I lost 45 pounds.” After seven months on the medicine, the endocrinologist informed Clinton that he was no longer obese and that his weight loss would begin to taper off.

Today, Clinton is 52 pounds lighter, and his A1c (blood glucose) level has dropped from 8.0 to 5.4. “I’m still on meds, and I take an injection,” he said. “I don’t know if I’ll ever get off medication. But honestly, I really don’t think I would have had the success I’ve had if Onduo had not entered the picture.”

Clinton admits that managing type 2 diabetes is a daily challenge, but he knows it could be worse.

“There are so many things that diabetes can lead to later in life. My father developed macular degeneration (an eye disorder linked to diabetes). He lived to be 78, but the last four or five years were difficult for my mother and him.”

“It’s not going to be all positive,” Clinton said. “No one wants to be reminded every day that they’re dealing with a disease. But some positive things can come out of it when you take the first step and educate yourself.”

He admits that his journey to managing type 2 diabetes hasn’t been easy, but he’s inspired by his progress.

“I don’t always make good decisions, but I’m trying,” he said. “What motivates me is when I look in the mirror in the mornings and see the progress I’ve made.”

Note: Onduo is a free benefit available to eligible members of many health plans administered by Arkansas Blue Cross and its affiliates. To learn more, contact the customer service number on the back of your health plan member ID card. You can also visit onduo.com to check your eligibility.